EEF has some good advice for Australia

Like it or not your background has a strong, very strong, bearing on how your education and life will pan out and the UK’s Education Endowment Foundation has been doing its honest best to level out the playing field. 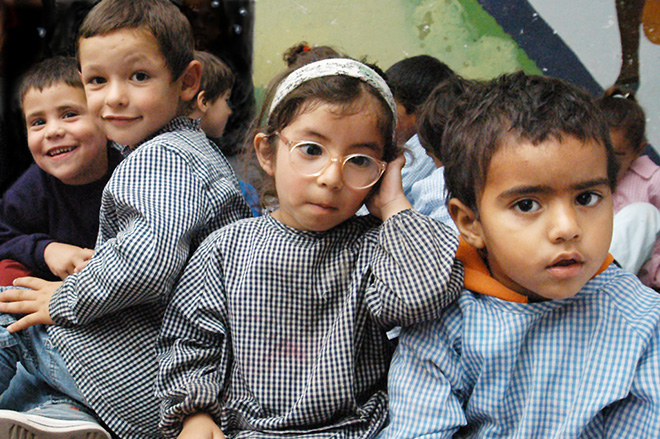 Like it or not your background has a strong, very strong, bearing on how your education and life will pan out. It’s not particularly fair and the UK’s Education Endowment Foundation (EEF) has been doing its honest best to level out the playing field.

A recent success? A couple of years ago the EEF found that giving disadvantaged children a breakfast as well as lunch would have a strong benefit to how schools ran and as it turns out the strategy has been profoundly effective.

The kids are not only happier and better able to concentrate, they’re not bothering the others – which has been transformative in UK schools. What’s more, at around £18 per student a week the program represents great value.

That’s the kind of strategy the EEF has been disseminating throughout Britain and increasingly to other nations. Australia has had the program for about two years which will continue with backing from the BHP Foundation, whose funding will see the EEF’s ideas introduced to more nations around the world, Chile and Scotland are already aboard. “In education, a lot of people work from their own intuition, or their own story and history without really understanding the evidence, we need to innovate in education, I would argue that of all the professions teaching is the one that will change the most in the next 25 to 50 years,” says EEF CEO Sir Kevan Collins.

“We encourage teachers to adopt new ways of working and change their practices; we generate evidence and then encourage people to use it.”

Another EEF study centred on parental involvement in schools. The evidence is clear; the more involvement parents have with their children’s education the better it is. The EEF decided to try paying parents to come to parenting class, if they attended they received a £30 voucher to be spent at the supermarket.

Twice as many parents came but only half of the hard to reach parents so the EEF took the step of visiting the parents who didn’t come to find out why.

“It turns out [the parent visited] had had a terrible time at school, she thought that it indicated she was a terrible parent if she had to come to the classes, she was worried about being stigmatised. You’re trying to break down huge barriers and these studies are helping us to understand that,” Collins says.

The EEF has made a plethora of good, research backed advice and strategies available through their online Teaching and Learning Toolkit, all independently appraised and costed with an easy to read ratings system for effectiveness and cost effectiveness appearing alongside each.

Having access to the resource takes a lot of the legwork out of schools identifying effective strategies for themselves, sparing them the process of wading through the mounds of research and writing around education that’s available.

The backing research for each strategy the EEF has investigated is very thorough with cohorts often in the high thousands recruited to randomised controlled trials. Its work has been very influential in Britain, when it launched in 2011 schools and teaching were pretty light on evidence based approaches and now well over half the schools in Britain are using data to inform their teaching. The BHP Foundation has always been active in education and looks to maximise the impact of its spend by partnering with organisations in each area, the EEF is just one. The foundation has backed several organisations, including the Choose Maths Project to increase engagement and participation of women and girls in mathematics and the Australian Indigenous Governance Institute.

“Ultimately this is about positive change in the lives of children, providing the form of education that allows them to make decisions that will improve their quality of life,” Executive Officer and President of the BHP Foundation James Ensor says.