Australian startup Dystech has created Dyscreen, a simple to use but tech heavy screening app for dyslexia. 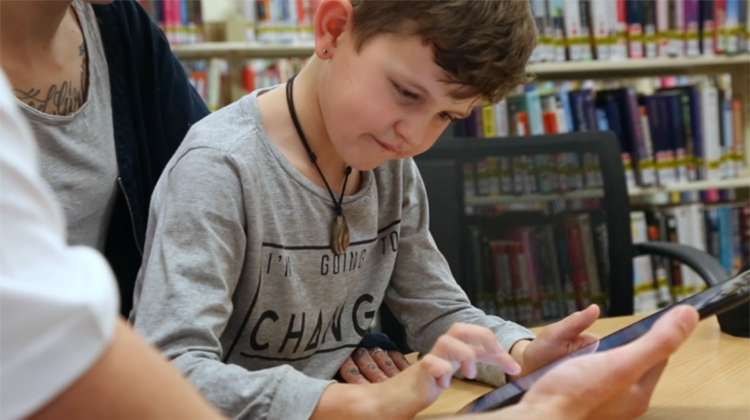 An expensive process made simple

Dyslexia is common, up to 20 per cent are on the spectrum, and it is also commonly undiagnosed. The consequences are severe, without treatment sufferers can struggle with literacy throughout their lives.

The Code REaD Dyslexia Network says diagnosis of the condition usually only happens after a student begins to fail. Once it is picked up, the process of proper appraisal of an individual’s condition and their therapy is a long and onerous one, it can take months to even see an expert in the area and the testing is expensive, around $1400 USD, and requires over four hours on average to complete.

Hugo Richard knows all about the challenges that face dyslexics, as a sufferer he experienced for himself the problems that they face in school and in accessing treatment.

That led Richard to start Australian startup Dystech which created Dyscreen, a simple to use but tech heavy screening app for dyslexia.

Launching in June 2020, Dystech built Dyscreen to be the world’s first screening app for dyslexia and motor dysgraphia. All testing is under $20 USD and takes less than 10 minutes, so a faster, far cheaper diagnosis.

The process is pretty simple; screenees are asked to read thirty-two questions and their responses are recorded, the recording is then sent to the algorithm which has been taught using AI to detect whether they are showing signs of dyslexia. There is no training required and it takes just a few seconds to get up and running with the technology.

There is a lot going on underneath the bonnet though, like Richard says when you look closely, “Often things that seem simple are complicated.

“We started by collaborating with professionals from the industry to start collecting data and audio recordings from children and adults, the preprocessing of the data was quite labour intensive,” he says.

They then trained the algorithm using machine learning techniques to recognise patterns in the data that would indicate whether the person being screened was a dyslexic. The test then provides a raft of objective metrics.

“On the report you are able to see the average reading reaction times, performance metrics with reading words, there is a fair amount of information that a professional could use to understand what is going on and then take further steps to support that child or adult.”

There are two channels for the technology, there is an app available from the store which can be downloaded to a phone and there is a web version.

“The main benefit that we’re very proud of is that you don’t need any prior training, you have very simple instructions that you read or listen to and go through the screening very easily.

“At the moment, if you are parent and you suspect that your child has difficulty and you would like to get a diagnosis you have to get an appointment with an educational psychologist. The chances are you have to wait six months to a year before there is a spot, and it’s an incredible cost we’re talking thousands of dollars, not hundreds.”

Obviously Dystech has met a need, Richard reports that over 150,000 teachers in the US have used the technology, they are currently in discussions with the Justice Department in Victoria and the company is getting interest from the UK.

“It’s all very promising and we’re quite overwhelmed by what we have achieved in two years,” Richard says.

“The main goal for us is to become worldwide authority in terms of screening, the beauty of using AI is that from now on the more data we get, the better it can be. There are also exciting new features we can make using the data such as dynamically detecting reading errors, there are all sorts of possibilities.”

Dystech is part of AWS EdStart, Amazon Web Services’ educational technology startup accelerator, which was designed to help entrepreneurs build the next generation of online learning, analytics, and campus management solutions in the AWS Cloud.

Iain Rouse, Country Director for Amazon Web Services Public Sector in Australia and New Zealand said, “With the training, support, and resources Dystech received through AWS EdStart, they had the ability to launch the Dyscreen app. AWS EdStart is designed to make it easy for early-stage companies, like Dystech, to find the right resources and relationships they need to be successful and ultimately have a positive impact on the education sector.”