Originality can be instilled.
James Thorley 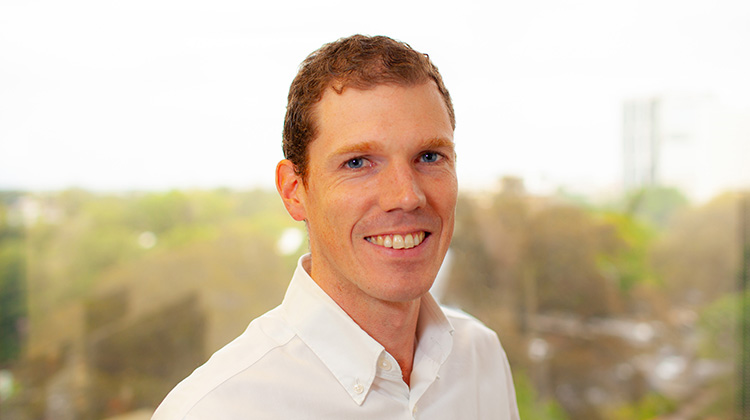 Australia has powerful ambitions when it comes to our economy. As we emerge from the challenges of the last two years, a thriving economy is going to play a key role in not just Australia’s recovery, but in securing nation’s position as a global leader.

Australia’s economic objectives, digital and otherwise, stem from original thinking. Whether the goal is to combat climate change and the growing concerns for long periods of drought, to make leaps forward in medicine, or to become a global leader in innovation, the end result can’t be achieved without a society of original thinkers, with bright, new ideas and insights.

Delivering Australia as a world-leading digital economy by 2030 – the plan for which is one of the most discussed topics around the nation – can only come with the right foundations in place. From a technical point of view, the foundations lie in digital infrastructure, cyber security, skills, training, and systems/regulations,

But that isn’t the starting point. It begins much earlier – by teaching the skills of original thinking in high school

Organisational psychologist Adam Grant, in his TED Talk on the subject, described original thinking as not only having new ideas, but taking action to champion them. According to Grant, original thinkers “drive creativity and change in the world.” He says original thinking is “the best way to improve the world around us”.

Throughout history, Australian minds have cultivated many of the ideas that changed the world. The black box flight recorder, the electronic pacemaker, surgical spray-on skin, the cochlear implant, Wi-Fi and more. Each of these ground-breaking technologies was sparked by an original thinker who had an idea yet to be explored.

So as not to stand still, or worse, go backwards, investment into ways to foster original thought during school years must be made. Solving the problems of our country and indeed our world, centres around the ability to think originally and innovatively, not just to find solutions to the problems we face now, but to develop new products and solutions to combat the problems of the future. But where do we start?

Developing the impulse and habit of original thinking has a genuine impact throughout life. From education to career, it formulates a baseline of ideas, solutions and ethics. The groundwork for this thinking needs to be laid from early on in the educational journey, by creating an environment that fosters and encourages high school students to think creatively and critically, and build on the progress of others.

Through the right pedagogy and student support mechanisms, original thinking can become an inherent part of their development well before they even step into university. The goal must evolve from simply having students assessed to graduate school, to teaching and empowering them as lifelong learners who are confident in expressing ideas and problem-solving.

Fostering original thinking earlier in the education journey – rather than just waiting for it to happen in university – involves getting students to actively participate in meaningful learning activities as opposed to rote learning.

Originality unfolds through opportunities to apply knowledge, and we’re increasingly seeing educators reduce their reliance on didactic teaching styles such as traditional lectures, in favour of more student-led practices such as ‘flipped classrooms’.

These engagement efforts also feed into the goal of more authentic learning and assessment once learners do move into higher education, where they develop and demonstrate real-world skills that prepare them to thrive in the future of work.

Furthermore, there is a growing belief that the relationship students form with original thinking and academic integrity during their education helps establish an ethical, decision-making framework that guides their personal and professional movements through life.

A nation’s ability to progress and adapt to change is a force to drive economic growth. More than just setting up students for higher education and career prosperity, it is critical high schoolers are equipped with the skills to go above and beyond with ideas that have yet to be considered. This will pave the way to a nation of innovators and professionals more able to adapt their skills in a real-world setting.

Establishing a foundation for original thinking during high school is key to future prosperity, and the pathway to making a real impact on Australia. Not to mention crucial to the individual and to the community as a whole. The problems we will face in the future cannot be solved unless traditions in early stages of education can evolve to embrace new realities and expectations.

James Thorley is Regional Vice President, Asia Pacific at Turnitin, based in Melbourne.