Do you need an ambulance? 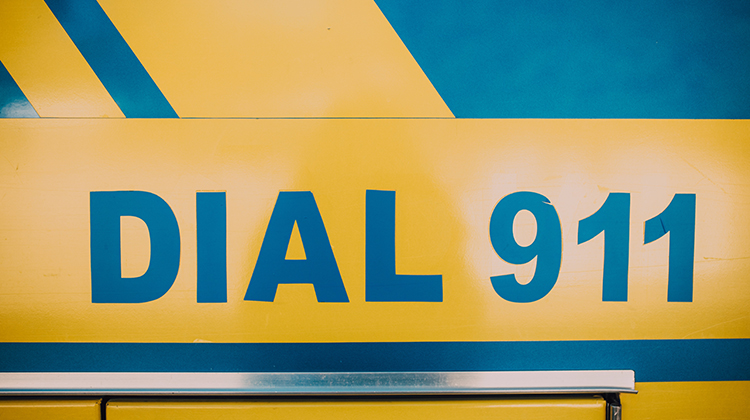 It's not that bad.

A teacher colleague invested a lot of time teaching her year 3 students that thinking, feeling and behaving were all interconnected. As Albert Ellis, creator of REBT said (I paraphrase here):

‘We make ourselves more anxious than we need to be when we think events and things are worse than they really are.’

The teacher did a lot of groundwork to persuade her young group that they make themselves more upset than they need to be. She read books that had characters who helped themselves get better when they changed the way they thought about something. She reminded them often that it was their/our estimation of an event, how we thought about it that was key. ‘If they came to know this they can do something constructive about their discomfort,’ the teacher thought.

She changed her language; rather than asking ‘what makes you angry?’ she would say ‘what are you thinking about what happened that’s making your feelings so strong?’ She didn’t say ‘don’t be angry’ either as she knew her students couldn’t ‘be’ the feelings she was feeling.

How many times do we say ‘it/they/she made me angry?’ Can something ‘make’ us as angry as we feel? And the claim ‘I am angry?’ Does the assertion ‘I am scared’ make sense? Can I ‘be’ the feeling (s) I experience? Food for thought eh?

‘Message to self,’ the teacher would say inside her head:

So, the teacher had done a great job of teaching the students that their estimation of events, their perception of what happened, had made the strength of emotion they felt about an event and not the thing/event itself. She had acquainted them with the notion that they could have a fair amount of control over how they feel and the actions they take. She asked them questions like:

‘Do I feel angry or am I angry? What’s the difference?’

‘You make me sad!’ What does this mean? Is there another way to say this?’

The classroom discourse moved away from person specific to more behaviour or competency specific i.e. she addressed behaviour and not person in her feedback. She taught her students that what they did was up for assessment but their essence or personhood was not. She weaned herself off of using person specific terms like; good boy/girl, naughty, smart, cute etc. and focussed more on what the children did. She was mindful that a person’s worth was a given, that they were always worthwhile whether they did ‘good’ or did ‘bad.’ “Doing ‘bad’ can’t make you ‘bad’” she would start each day by saying and she would add “doing ‘good’ doesn’t make you good either! But you are always worthwhile!” This was a constant reminder to students that their ‘okayness’ wasn’t attached to someone’s assessment of their personhood; their essence or being.

She began to notice that those children who were generally withdrawn or lacking in confidence began to try new things. Some were putting their hands up more to ask questions; they were taking more risks. She asked herself why? But she knew why didn’t she! It was the new and developing regime she had introduced based on the philosophy that:

“People are not disturbed by things, but by the views they take of them.” Epictetus

Her children began to understand that big problems were only as big as they thought or imagined them to be. If a problem was big or not was a decision they could make by assessing its ‘badness’ against other possible happenings. She helped each child construct their own ‘catastrophe scale’ where possible problems could be organised according to how ‘bad’ they were.

So back to the title of this piece and the ambulance reference. The children were asked in many different situations if what was happening was as bad as they thought it was. Some children referred to their hard copy catastrophe scale (CS), whilst others used the one they carried inside their heads; their virtual CS. If Sofia said ‘I don’t have my hat today and it’s a massive problem because I have to stay in the shade at playtime,’ her CS would tell her that there are far worse things that could happen and her teacher would ask, ‘Sofia, is it so bad that I need to call you an ambulance?’ The child would think to herself and mentally put the ‘badness’ of the situation into perspective and she would answer, ‘no it’s not the worst thing that can happen. I can still play in the shade and tomorrow I’ll remember to bring my hat!’

Photo by RODNAE Productions from Pexels