Do We Need a Renewal of the Socratic Oath? 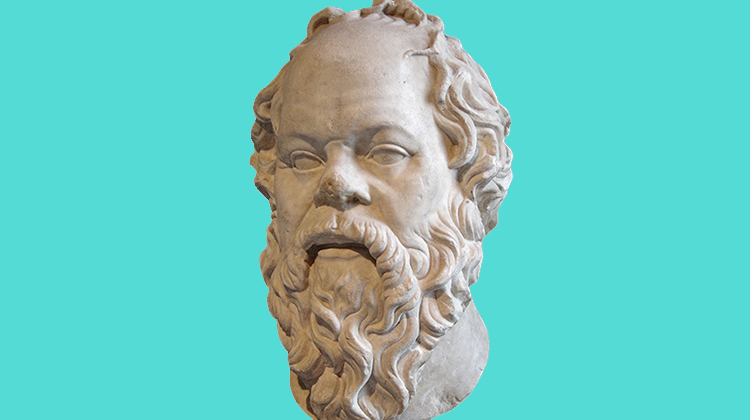 A professional oath can clarify a school's mission.

A person spends about 15000 hours of their life in school and is taught by an average of 50 teachers. Yet only a handful are remembered for a lifetime, even though they all had the same learners, the same parents, the same classrooms and so on. What is the secret of their success? Recent research shows: Successful teaching is a matter of mindframes, the ideal of which can be formulated as a professional oath.

Thirty years ago, Hartmut von Hentig formulated such a professional oath. He was prompted by the need for a public commitment in the face of many reforms and counter-reforms which – as in German National Socialism and the GDR – followed uneducational points of view and did not serve the welfare of children. Without a doubt: Hartmut von Hentig has – for many and quite understandably – gone from being the doyen of German pedagogy to a persona non grata because of his involvement in the Odenwald School. What is true for the person, however, need not be true for the work. His so-called Socratic Oath has occupied and influenced generations of teachers.

But why think about a professional oath again? Is the welfare of children in such a bad state that teachers can and must be required to take a public oath again? In answering these questions, the current situation is important: the measures taken to contain the Corona pandemic have affected the well-being of children worldwide. Whether it is cognitive learning performance, psycho-social development or physical condition, in light of empirical data, it must be acknowledged that educational level is declining. Given the correlation between educational level and economic strength on the one hand, and between educational level and democratic capacity on the other, this is a cause for concern. For it is true that if one falls, so does the other. It is particularly dramatic that children from educationally disadvantaged backgrounds are more affected. Educational injustice is thus on the rise.

These developments alone would justify a renewal of the Socratic Oath to give children a voice. Especially in the Corona pandemic, so much has been talked about, but relatively little about the welfare of children. In this respect, it seems strange that teachers' associations, of all things, keep speaking out and publicly reflecting on measures that are particularly harmful to children, such as school closures or distance learning.

In the light of empirical research, the digitalisation of education is less of a saviour than a problem. As decisive as digitisation is for today's world, not all that glitters is gold: mobile phone addiction and cyber-bullying are just two phenomena that make pedagogical self-assurance and thus a renewal of the Socratic Oath necessary. Because digitalisation for digitalisation's sake and thus without a pedagogical impetus runs the risk of becoming inhumane in schools, but also in society as a whole.

The fact that this digitisation also costs a lot of money and creates a sustainability problem as the other side of the coin may still be acceptable. But the fact that in recent years a steady increase in education spending on reforms and counter-reforms has led to more and more children having problems in learning and also in life, and to an increase in educational difficulties at school and in families, must make people sit up and take notice and requires a public commitment as to what schools can and must achieve.

And finally, the last thirty years have also changed educational science: While Hartmut von Hentig formulated his Socratic Oath against the background of a humanistic pedagogy, today empirical educational research is decisive. For this reason alone, a renewal is important. It should be emphasised that neither one nor the other is better or worse: education requires both theoretical and empirical approaches. For this, a humanism is suitable as a guiding idea that must prove itself in reality.

Especially for a professional oath, this demand must be met: For example, it may appear at first glance to be a theoretical construct, but it is confirmed in empirical educational research. In "Visible Learning", for example, with over 1800 meta-analyses one of the largest data sets in empirical educational research, the factor "collective teacher efficacy" achieves one of the highest effects on learning performance and makes it clear: successful teaching is not only a question of competence, but also a question of attitudes. When colleagues exchange ideas and develop a vision of a good school together, learners benefit the most.

In view of this mixed situation, it is time to present a renewal of the Socratic Oath. It is a theoretically well-founded and empirically validated public commitment of teachers – towards children, parents, colleagues, the educational public, society and themselves. To be effective, it must not only be read out when the certificate of employment is handed over, but must become the common thread of teacher education. Taking Socrates as a guarantor makes sense, then as now: Socrates is a primus inter pares, he can be regarded as one of the first teachers who formulated fundamental insights into education. Thus the renewal of the Socratic Oath reads in the face of epochal challenges that can only be mastered through humane education:

"Whoever wants to move the world should first move himself." Socrates

As a teacher, I commit myself to directing all my feelings, thoughts and actions in my profession towards the well-being of the children entrusted to me.

I commit myself to the children,

- to challenge and support each child according to his or her potential and level of development,

- not to leave any child behind or to write them off, no matter what the reasons are,

- to take the failure of the children entrusted to me again and again as an opportunity for new ways of teaching,

- to see mistakes as an opportunity, not as a flaw,

- to set challenges in the educational process so that underachallenge and overchallenge do not occur,

- to look for, pick up and awaken motivations,

- to enter into dialogue again and again, to give and receive feedback, to ask questions and to listen,

- to attribute a serving function to subjects in the educational process,

- to address and stimulate all areas of the personality,

- to give confidence in the world and in oneself and to make it visible on a daily basis,

- to understand and shape the class and the school as a welcoming place,

- to provide for an appreciative, fear-free and educationally effective atmosphere and relationship, and

- to stand up for the physical, mental and spiritual integrity of the children entrusted to me.

I commit myself to the parents

- to communicate at eye level and to build up an educational partnership,

- to understand the educational process of the children as a common task,

- not only to be prepared to talk to them regularly, but also to actively seek contact with them, and

- to take their assessments of the children's educational success and progress seriously and to combine them with their own views.

I commit myself to my colleagues,

- to share my experiences in education and teaching and to use them as a basis for collegial professionalisation,

- to share and reflect together on the mistakes made every day,

- to reflect back on successful moments in school and to give mutual recognition, and

- to allow everyone their individual perspective on school and teaching while working towards a shared vision.

I commit myself to the educational public,

- to accept the educational mandate and to implement it at all times,

- not only to impart knowledge and skills, but to focus on and promote all areas of the personality,

- to subordinate all subjects to the well-being of the child and thus to the educational mission,

- to be loyal but not blind to official guidelines,

- to critically question, and if necessary publicly denounce and reject, any interests and demands on school and teaching that are not primarily in the best interests of the child, and

- to give a voice to children and their right to education in public discourse.

I commit myself to society,

- to see respect for human dignity as the basis and goal of school and education,

- to teach the principles of our democracy and to defend them in school and in teaching,

- to see school as a place of reproduction and innovation of social values,

- to use my pedagogical freedom to place current issues at the centre of everyday school life, and

- to be not only reactive but also proactive towards the further development of our society.

To myself I commit myself,

- to justify my actions at all times, to discuss them critically and constructively and to reflect on them conscientiously,

- to regularly develop my professional, pedagogical and didactic competences,

- regularly reflect on my professional attitudes, and

- to always fulfil my role as a role model to the best of my knowledge and belief.

I confirm what has been said by my willingness to be measured at all times against the standards that emanate from this commitment.