Data literacy: the key skill for students graduating in a post COVID-19 world

Data is akin to water in the digital world, and data literacy – the ability to read, work, analyse and communicate with data – is becoming the go-to skill organisations are demanding.
Paul Leahy, Country Manager, ANZ, Qlik 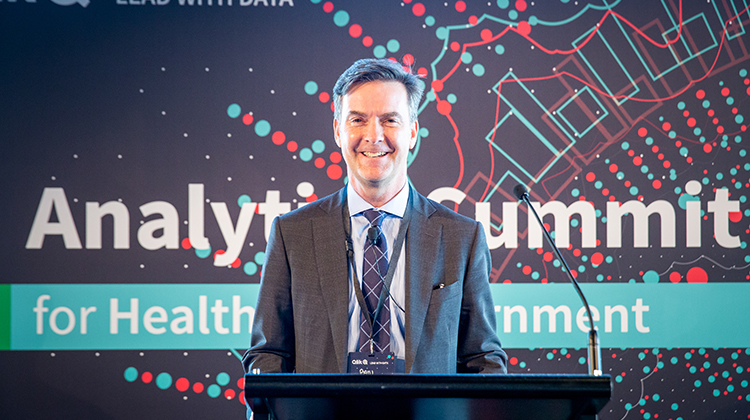 Data literacy is in demand

Data is akin to water in the digital world, and data literacy – the ability to read, work, analyse and communicate with data – is becoming the go-to skill organisations are  demanding due to the accelerated digital transformation they went through during COVID.

For educators, the message is clear. Data literacy must become part of the curriculum from early ages all the way through to tertiary education. But it’s something that Australia still isn’t meeting the demand for. Around one fifth of 16-24-year olds rank themselves as below average in their confidence and ability to use data, meaning that Australia must embrace data literacy as a core competency if our students – and by extension the businesses they ultimately work for – are going to remain competitive.

Data literacy is in hot demand
For graduates educated in data literacy, the rewards are enormous. Job listing site Indeed found that an analytics manager who works in data has an average salary of $AUD130,067, while a general data analyst can also expect an above-average salary of around $AUD91,000.

However global research firm Gartner found data literacy is still lacking in the workplace. It found that half of all workplaces will lack sufficient artificial intelligence and data literacy skills to achieve business value.

RMIT Online, as reported by News Limited, also found that 50 per cent of Australian organisations are struggling to find employees with the necessary data skills to make a difference to the business.

“We found more than 35 per cent of businesses found it hard, or very hard to get employees with skills in digital literacy,” CEO of RMIT Online, Helen Souness told the outlet. “As we move to an increasingly data driven world, that statistic is far higher than we should be comfortable with.”

A recent report from Accenture and Qlik, The Human Impact of Data Literacy, surveyed 9000 employees from a range of roles and businesses, including 1000 people in Australia, found that only 20 per cent of staff are data literate.

Significantly for educators, only 12 per cent of workers reported time was spent in mainstream education learning how to use data in the workplace. Clearly, there’s a gap for educators needing to be filled – the question is how.

Closing the data literacy gap
The Accenture report, which was conducted in conjunction with Qlik, found that employees who identified as data literate were at least 50 per cent more likely than data novices to feel empowered to make better decisions and were trusted by management to make those decisions.

A key takeaway from the report for educators is that one third of employees believe data literacy training would make them more productive, and 22 per cent believe that it would reduce stress.

With this in mind, there needs to be a wholesale transformation of curriculums, from early childhood through to tertiary, aimed at teaching data literacy skills that are relevant to children and young people, both now and into the future.

I believe that along with numerical reasoning and language studies, data and analytics should be introduced when covering the scientific method. Teachers need to be equipped with the right tools and knowledge to teach data literacy – and this is something that can only happen at a state and government level, when those who set the curriculums get involved and decide to focus on making data literacy a key component of what is taught in our schools and universities.

Not teaching data literacy has a huge economic impact, as well as an impact on the health and wellbeing of our next generation of workers. Around $13.9 billion in lost productivity flows from our employees, and therefore our students, not having the data literacy to thrive in the workplaces of tomorrow. One third of Australian employees report taking at least one day of sick leave due to stress as a result of technology and data issues.

By teaching data literacy, we can contribute to the future of the nation, a future that is predicated on being able to understand, manipulate and capitalise on the wealth of data being created every second of every day. For educators, the future – data driven – is truly in our hands.