The social media field of play is always changing, there needs to be awareness around new ways of using it to bully. 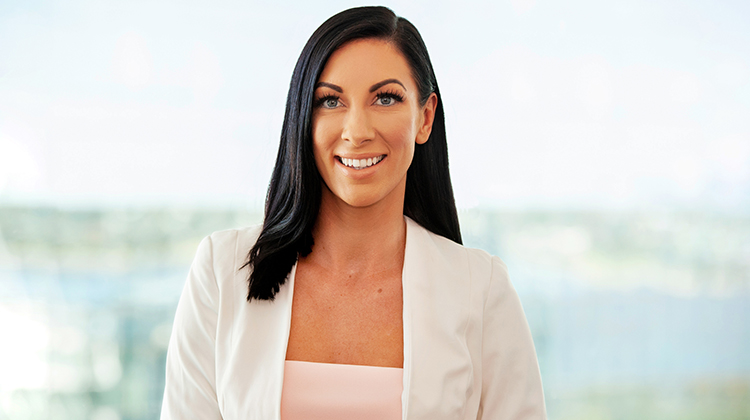 The field of play is always changing too, there are new features coming online regularly for popular apps, young people are across them more than grownups are and kids being kids it doesn’t take long for new social media toys to be turned into something that can be malicious.

Case in point; Instagram now has a polling capability and there have been incidents of children holding polls like ‘who is the ugliest girl in school’, nice.

So, counter measures need to evolve as the problems do. Jordan Foster, a clinical psychologist, has built a business, ySafe, around delivering strategies to fight cyberbullying and gaming and internet addiction.

Jordan Foster is sought out by universities to speak about psychology and technology and she trains general practitioner members of the Australian Medical Association on mental health and social media.

She’s seen many ways social media has been repurposed into cruelty, a common one is to hold group chats and either exclude or expel someone from them, schoolyard shunning taken into the digital space.

Cyberbullying is a, toxic, part of digital life and Foster says that while bullying has remained at stable levels in secondary schools it’s increasing in primaries.

“It might have something to with children having access to devices at younger and younger ages. Kids are jumping on social media platforms without any supervision or training around online etiquette and dealing with conflict.

“The way that adults see cyberbullying is very different to the way that children see it, there is this great divide between adult approaches to it and young people’s. Young people are going into the online world and not necessarily seeing that what they are doing is cyberbullying.

“We try and encourage young people to think about negative online behaviours, online behaviours that can cause harm even if you didn’t intend them to, we’re trying to have kids think about what the impacts are if I say this or do this, whether you intended to cyberbully someone or not.”

The whole point of trolling or picking on someone is to elicit a response and a good way to diffuse cyberbullying is to ignore it.

“One of the things we have victims of bullying do is to not engage in the cyberbullying behaviour, we ask them to think ‘If I write back, how is this going to go?’”

“About 38 per cent of children being cyber bullied do not tell anyone and that leaves them susceptible to mental health problems, anxiety, fear and isolation. There is this fear that no one can help them, but there are a lot of things young people can do like reporting to the eSafety Commissioner, even talking to someone and telling them how you feel is therapeutic in itself.”

When internet addiction starts to bite, young people stop interacting with their friends face to face, all their relationships are online and screen time starts to effect physical health and sleep cycles; when kids are using their devices late at night if effects their ability to sleep. Eating habits start to be effected too as excessive screen time is associated with snacking.

The solution needs to involve setting up acceptable boundaries, without some kind of structure, children are being sent in to bat against the might of the social media giants and the clever people behind them.

“So much of a young person’s life is embedded online, their social relationships, their schoolwork. It starts to get into problem territory when screen time starts to replace other healthy developmental activities or milestones,” Foster says.

“Most platforms are designed to capitalise on our attention, so if we expect teenagers to be in charge of their own screen time behaviours we’re really setting them up to fail, not only are we having children fight against the giants who have trained psychologists trying to exploit attention, young people are not able to fully self-regulate until they are 25.”

Foster encourages parents to set up structured boundaries around screen time and cap it. For primary children, limit it to about one hour per day, for teenagers, limit screen time to two hours of leisure time each day outside of what they need for school.

Make sure that kids are staying on platforms that are good for their developmental group so they are not as likely to be exposed to adult content and behaviours.

“Having very clear boundaries is very important and a lot of families don't have them, it’s not about abolishing screens but taking discipline to the digital area,” she says.

Jordan Foster is the 2020 Telstra Western Australian Business Women’s Emerging Leader Award winner. As a young founder, with an all-female executive team, Jordan’s career is based on her personal experiences with cyber safety. Jordan created ySafe to offer schools a complete and holistic solution to cyber safety, including education, policy development and incident management.