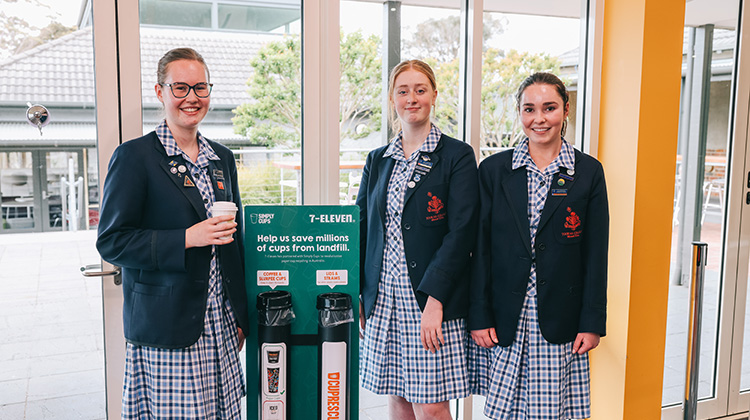 Cups enter landfill by the million, not good

Single use cups are bad news and with the 7-Eleven #CupRescue Schools Program, High school students around Australia can stop cups from entering landfill.

Fifty schools have partnered with the convenience chain since launch and 7-Eleven is asking any high school that is willing to collect cups and drop them back to their local 7-Eleven to sign up via www.7eleven.com.au/cuprescue.

The program has gone live in more than 50 schools since it launched in late 2020, but there’s ambitious plans to rapidly expand.

“We’ll provide participating schools with free cup collection units to enable students and staff to collect cups at their school. All the school needs to do is collect cups and drop them off at their partnering 7-Eleven store," says 7-Eleven CEO and Managing Director, Angus McKay.

Mr McKay said that the new extension of the #CupRescue program has been launched with the aim to increase cup recycling efforts throughout the community.

“We partnered with Simply Cups in 2018. Together we have saved more than 16 million cups from landfill. While that’s a start, we want more to be recycled,” he said.

7-Eleven sells more than 80 million cups of coffee a year and they’ve installed cup recycling units in more than 660 7-Eleven stores across Australia.

Managing Director of Simply Cups, Rob Pascoe, said “Many people either believe single use cups can go in the kerbside recycling or alternatively that the only option is the red landfill bin. This isn’t correct,” Mr Pascoe said.

“Enabling young people to act as educators and advocates in their local area has huge potential to change consumer habits.”