Credibility is the key to inspirational school leadership 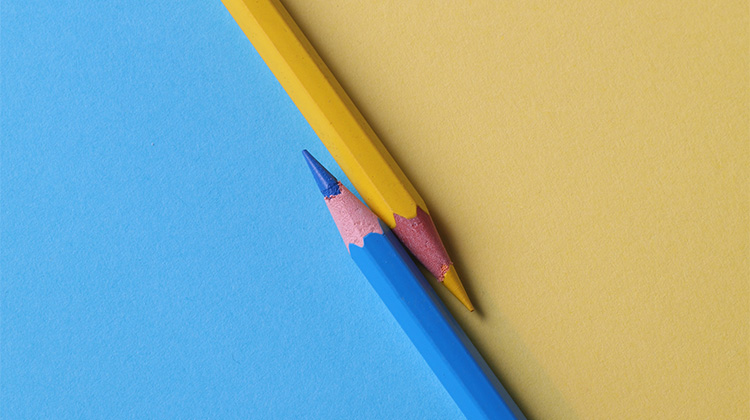 Credibility is the foundation of leadership

Credibility is probably the single most important factor in a school leader's active pursuit of school improvement. This assertion originates from the belief that most school staff members are driven by the moral intent of getting the best educational outcome for their students. If we were to ask school staff, students and parents what leadership credibility looks like we would get a range of different answers. However, a common aspect of those answers regarding leaders’ credibility will be that the school leaders get things right more often, and the school staff experience success. The essential mutualistic combination of success and credibility underwrites every inspirational school leader's score card.

In the battle for the hearts and minds of the school communities, school leaders are judged no differently from the highly paid football coaches, where the supporters demand the successes that then underwrite leaders' credibility and job security. Chris de Kretser (2014), writing for the Herald Sun newspaper in Melbourne on the history of sacked AFL coaches said, "It's a case of dead men walking. AFL coaches live a fine line between success and failure and if they stumble, clubs will sacrifice them quickly." 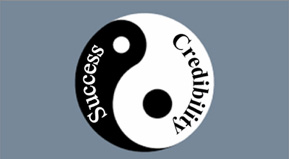 Figure 1. The Mutualistic Relationship Between Success and Credibility.

Credibility: The currency of inspirational leadership
The starting point for any relationship (financial, personal, educational, political or business based) is the credibility of the key players, and the trust that elicits in others. What this means in terms of passing the pub test, is when was the last time they had runs on the board (successes). This has to be answered before eliciting any form of commitment. A question that is often asked subconsciously by followers is "when was the last time…”  This being a common feature of job selection panel training is the justification of the written CV based on past experiences being the best indicators of future success, something that is not always the case.

Credibility, success and trust are the triad that underwrite most partnerships. However, everyone has personal strengths and weaknesses, and credibility is attributed accordingly. Lauzon and Begin (2007) are correct to recognise the leaders' "Components of Overall Credibility" (p. 168), and they have developed eight Levers of Credibility:

Winning strategies that establish inspirational leaders' credibility
Leaders are not automatically stamped with an authentic credibility label. This status is only achieved by convincing potential followers that they can, and will, deliver an advantage that they can't attain elsewhere.

1 Symbolic leadership: selling the success dream
The development of the concept of the charismatic leadership has been impregnated with controversy since its popularisation in the original work of Max Weber. Arthur Sweitzer (1974, p. 151) observed: "As is well known, Weber defined charisma as a certain individual personality by virtue of which he is considered and treated as endowed with supernatural, superhuman, powers or qualities". This concept became so attractive that every leader wanted to be labelled charismatic. Not unnaturally, the concept has become stretched with every anointment of a variety of tyrants and crooks. Education seems to have been spared because the extravagance of the charismatic label does not fit into the conservative school context easily, possibly with the exception of the likes of Geoffrey Canada (Waiting for Superman). However, all school leaders still have to promote their school visions because they provide the consolidating senses of direction for staff, parents and students, which promotes commitment over compliance. This commitment feeds the beliefs that ultimately drive behaviour.

Charismatic leadership has always had a limited shelf life because of personal pressures on the labelled leader to produce successes that benefit their followers. When such advantage eludes the followers, the end point of the charismatic road is either abandonment or catastrophic implosion, as was seen in the Jonestown Massacre in November of 1978.

2 Record of success
In the field of financial investments, leaders' success rates are openly displayed with investors often following gurus such as Warren Buffett, John Templeton and John “Jack” Bogle. Similarly, punters often follow successful horse trainers such as Bart Cummings and Gai Waterhouse who have a record of racing winners. Schools are a more complex issue, but perhaps the best example of success being commoditised was Haileybury College's recruitment of the high performing principal, John Fleming (Boyd & MacNeill, 2020), whose role we highlighted in The Matthew Effect.

3 Vision
Leaders develop visions that are designed to elicit commitment from followers. More recently some successful sloganized visions include: "Make America great again" (Trump, 2016); "It's time" (Gough Whitlam, 1972); "No Australian child will live in poverty" (Bob Hawke, 1990); "We shall fight them on the beaches …" (Churchill, 1940); and, "The change we need" (Obama, 2008).

In fitting a vision to school planning, Silcox and MacNeill (2021, p. 203) made the point that primary schools should frame their visions around a 13 year horizon and ask, "What will the world look like when these students exit the school system in 13 years' time?' This best-guess acknowledges that the world and education need to change so the students are better placed for the future in tertiary education and work.

4 Setting goals for short-term and long-term success
A major challenge when planning education programs is to accommodate students' ability to seek long-term goals, while staying on track, and the same principle holds for teaching staff. We argue that while long-term goals in school planning are usually around five years, it is important that key, progressive milestones are marked as measures of success. In setting up a new school the strategic planning needs formative reviews, and public celebrations of success to keep the vision alive. These celebrations act as public reminders that identified path is indeed the right path. This strategy is a variation of Michael Scriven's formative and summative assessments that have been applied to publicising milestone planning successes.

5 The impact of motivational language
The efficacy of motivational language is clear in the modern era where the speeches of Martin Luther King, John Kennedy, and Winston Churchill can be downloaded easily. Surprisingly, Motivational Language Theory (MLT) was not described in organisational and business settings until Sullivan's work in 1988. Applying MLT in a school setting, Holmes and Parker (2018, p. 435) found that principals utilise oral communications for more than 70% of the school day. Quoting his previous research Holmes found: "… continuously improving principals more effectively used direction-giving language, empathetic language, and the overall ML construct, and more consistently aligned their walk and talk than their counterparts who led schools with inconsistent student achievement" (p. 436).

Not unsurprisingly, MLT is applied purposefully by inspirational school leaders. In many cases this language also becomes embedded in the culture of the school, moving it beyond the principal as the sole driver of the language of success.

Case Study: Planning the interaction of success and credibility in a new school
Principals who have been gifted with the opportunity to open a new school often reflect that it was the most rewarding and most challenging time in their career. The experience is unique as you need to find ways to engage with parents who are deciding to move their children from their established schools to the new school. Often, this decision is based on their perception of how aligned the principal’s values and aspirations match their own. Drawing on the community relations lever we planned an extensive community consultation strategy to determine parent and community aspirations. Aligning the community’s vision, with that of the broader school system, and one’s own has been crucial work in establishing credibility, as we lead up the school opening next week.

In our strategic planning we have all of the usual objectives, which set out our short-term and long-term markers of success. However, there is a human, interpersonal factor that supersedes this. The leadership team planned a staff induction weekend which engaged our staff in identifying the type of school they wanted to create; provided opportunities for staff to reflect on how their own personal values aligned with those of the leadership team and new school community, and provided professional learning around building highly effective teams. Drawing on the leadership lever, we made a conscious decision to focus on culture building over operational and organisational matters which, in turn, fostered trust and further established credibility with our new staff.

To further build community confidence that we could deliver to the students an education that the parents wanted, we established a common language using words our parents and community wanted to hear: world standards, high expectations, research based, differentiated instruction, personal interest in their child, inclusive and culturally responsive learning environment and every student a successful student. Having all of our staff members using this language when communicating with our parents promotes that we are unified around our shared vision, which further builds our collective credibility.

Constantly recognising and communicating our shared achievements and celebrating our successes (however small) has been essential in building credibility with our staff, parents and steering committee. For us, in a rapidly growing area who are set to open with enrolment numbers beyond our school’s opening capacity, one of our wins was securing six transportable classrooms to ensure that every student was in a classroom for day one. Longer term, we will map our school self-assessment processes to ensure we can communicate our summative successes through improved student achievement data, which maintains and strengthens our credibility over time.

For the whole school team, this is a "work-in-progress" and it is something that we will work on, with our staff, students, and their parents, every single day. Furthermore, ensuring that our actions and behaviours consistently match our vision and values will go a long way in sustaining the credibility we have established in the short term.

Now, back to the present situation: "Have we got enough desks in the early childhood block?"

Conclusion
Inspirationally credible leadership is difficult to maintain over an extended period. Just as charismatic leadership has an acknowledged shelf-life, the inspirational aspect of credible leadership fails when significant successes do not eventuate, and school leaders' roles are reduced to a bureaucratic, managerial, day-to-day existence. In "Fly Fishing for Leadership" Childress (2020, p. 93) spells out the dangers to leadership of becoming fixed on something that works and then failing to recognise the need for improvement in the elastic environmental situations such as Blockbuster movie hire succumbing to Netflix.

When school communities judge credibility they often make judgements using the previous school administration as the bench-mark, and in doing so answer the question “when was the last time…” It is in answering this question that the seeds of credibility are initially planted, and principals need to get runs on the board quickly, and celebrate those successes.

Photo by Ann H from Pexels