Change your mind about change

We are frequently reminded of the increasing pace of change. Economic, technological and societal change are global forces of disruption, which have significant implications for all organisations.
Wendy Collins 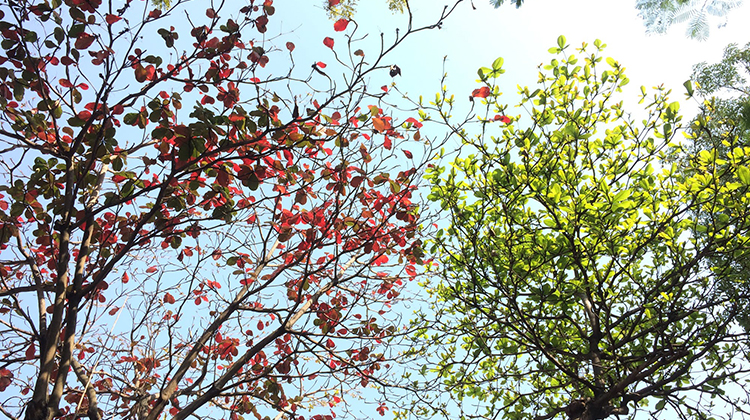 Change is the only constant

A thought-provoking question was posed to a group of educators at a recent seminar. “What are three things you would tell your younger self?”

While the responses were varied, two key themes ran through the replies.  Firstly, many answers made mention of “embracing change”.  For example:

“There’s always a level of risk in change, and minimising the risk of failure/fallout is important.  But don’t hold out for the utopian time to make a change, as the opportunity may pass you by without you ever seeing it come again.” and

“Be strategic – build into the future and make future-oriented decisions, being willing to embrace change.”

“Be bold and willing to change”

The second key theme throughout the replies was holding true to values and having balance in life.

These two themes indicate an acknowledgement of the reality of change, yet a desire to stay authentic to values and purpose.

We are frequently reminded of the increasing pace of change. Economic, technological and societal change are global forces of disruption, which have significant implications for all organisations.   Dominic Barton, Global Partner of McKinsey Consulting Group, (speaking at UQ Rod Wylie leadership series, August 2019) acknowledged these key forces and suggested “This year, be prepared to change everything, except your spouse.”  He encouraged organisations to hold true to their core values and purposes, but in embracing change, to challenge the way they did things.

Bezos says that fundamental needs change slowly, if at all.  Essential values and foundations (mission and purpose) should be the compass for any organisation.  It is the way we deliver these needs that can be susceptible to swift change.

In 1974 Dr Keith Tronc (now Australia’s leading authority on Schools and the Law, and regular contributor to Education Today), wrote a popular educational text, titled “Focus on Change”, directed at school principals, explaining how to embrace the then new open-plan classroom teaching phenomenon.  The key values of care and nurture of children were foundational, but the text discussed new ways of delivering these values.

50 years later, educational leaders are still ‘focussed on change’. Your teachers are grappling with how to develop new pedagogies and curricula whilst caring for the individuals in their classes, each with unique emotional, intellectual, physical and spiritual needs.

Some staff are naturally comfortable with change and will even seek out new and innovative teaching practices, while enjoying the challenge and “buzz” of new methods or curriculum changes. Yet, for others, there will be some resistance to change, or a heightened anxiety due to the uncertainly it can bring. Dr David Rock, Director and founder of the NeuroLeadership Institute (cited in Acuity, July 2018), explains that ambiguity related to rapid change can often increase stress levels and put us in a state of high alert. Such anxiety impedes our ability to process ambiguity and to change direction in the face of new information.

So, how can you, in your capacity as an educational leader, support change and create a culture of curiosity, rather than fear and anxiety around change?

The starting point to supporting a “change culture” is first having a solid foundation of organisational purpose, values and strategy. Your school’s mission should not change.  Its purpose is embedded as the cornerstone of all that your school does and should guide every decision you make, strategically and operationally.

Then, as you take the lead on change, it is vitally important that you maintain trust and communicate well.

Communicate in a language that your staff will understand.  For example, recently a Queensland high-school Principal wanted staff to implement a new software feature.  Despite a lengthy training session led by the IT Manager, there was limited uptake, low enthusiasm and general apathy. Only after the IT Manager sought some frank feedback about why staff were not using the system, did he learn that most of his colleagues had been confused by the training session, which was highly infected with IT jargon. They had quickly become disengaged and even fearful about the intended changes.  A follow-up, more practical, hands-on demonstration was then conducted by another team member. The features of the software were explained in simpler terms and the benefits of the change were more effectively communicated, in a “what’s in it for you” approach. Needless to say, support for the change profoundly improved and staff began enthusiastically using the new software.

Kurt Zumwalt, Global Treasurer of Amazon, (no, this article is not sponsored by Amazon) agrees with the need for clear, direct communication to promote change.  He suggests that if you want teams to innovate, the process should begin with a meeting lasting only as long as it takes for two pizzas to be consumed by a small team (Acuity, July 2019).  He insists that communication be simple and direct. Allow time for questions and curiosity, but by minimizing unnecessary meeting time, the decision process is accelerated.

Research by global accounting and consulting firm KPMG, (The Rise of Humans, 2019) also confirms that effective communication is the important ingredient for creating a culture of curiosity, rather than one of fear and anxiety. They further suggest that organisations should provide incentives for employees which will minimise challenging viewpoints and help change to be regarded with a more open mind.

Some fun rewards, even linked to friendly inter-department competition, might work in your school.  For example, you could provide lunch for the team which contributes the best suggestion for program changes in the upcoming awards ceremony; or perhaps an individual voucher prize for any teachers who trial the new reporting software in the current semester.

Become a champion of change.  As CEO of your school, take the lead on change, rather than waiting for others (or the Government) to impose change on you.  Communicate change clearly and positively and always include a “what’s in it for you” message.  Actively find ways to support and promote a culture of curiosity.

So, have you been pondering the question? What are three things you would say to your younger self?

Photo by le vy from Pexels