Uncertainty is plaguing the planet and that is reflected by Oxford University Press Australia & New Zealand selection of the 2019 Children’s Word of the Year: Bravery. 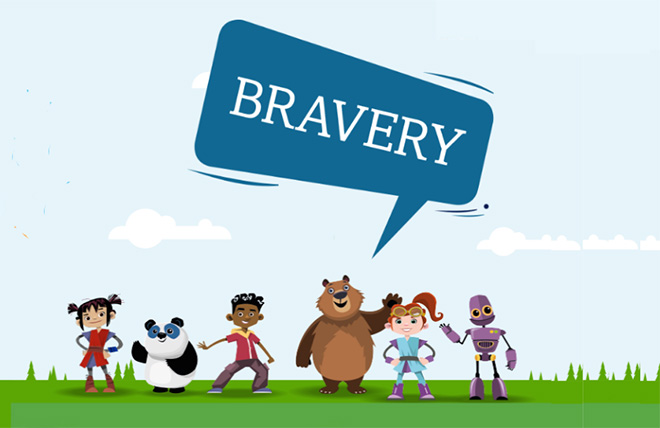 Uncertainty is plaguing the planet and that is reflected by Oxford University Press Australia & New Zealand (OUP ANZ) selection of the 2019 Children’s Word of the Year: Bravery.

OUP ANZ invited primary school students across the country to submit a piece of free writing, up to 500 words about their ‘Word of the Year’. Students were encouraged to be creative, factual, serious or funny in writing about why the word was important to them.

A judging panel, consisting of academics and experts in children’s English language, evaluated more than 400 writing submissions and selected one winning entry for each year group and one class prize across the country. In their entries, children referenced ‘bravery’ in relation to:

The Australian Children’s Word of the Year was then chosen based on popularity and use of the word in context.

OUP ANZ Publishing Manager (Primary), and member of the judging panel, Emma Magill said the word ‘bravery’ was an example of how Australian primary school children are engaged in social issues taking place outside the school yard.

“ 'Bravery’ was used in different ways; showing bravery every day when it’s needed, overcoming nerves in competitions, standing up to bullies, and voicing something you believe in to try and effect change, be that in reference to issues like equality or the environment,” Magill said.

Understanding consequences, taking ownership, overcoming obstacles and initiating action were clear themes in the submissions, speaking to the bravery and optimism of young writers.

James Arvanitakis, Pro Vice-Chancellor of the Graduate Research School at Western Sydney University and social commentator, found that the word ‘bravery’ has changed dramatically over the years.

“Once the focus of outstanding individual acts, the word ‘bravery’ now includes the actions of ‘everyday’ heroes. These are people like all of us who undertake acts that inspire us. Bravery is evident in the stories that inspire young people: acts of bravery such as standing up to bullies or being honest when things have gone wrong. But there are also more high-profile acts such as Greta Thunburg standing up to world leaders and demanding action on human-induced climate change."

Other words that appeared in shortlisted and winning entries included ‘determination’, ‘fearless’, ‘adaptability’ and ‘courage.’

For more information about the Oxford Australian Children’s Word of the Year visit the website at www.oup.com.au/cwoty.