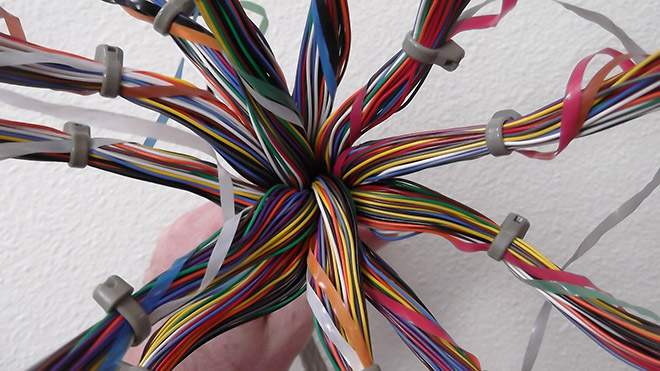 The ability for the brain to rewire itself, is, of course good news. However, the brain’s ability to rewire itself has what may be thought of as having a ‘sting in the tail.’ This ‘sting in the tail’ arises that the brain responds neurologically to negative destructive behaviour in the same way that it responds neurologically to positive constructive behaviour.

Double-edged sword
Whatever thinking and behaviours that are being presented, is the neurological wiring that will take place. Therefore, brain plasticity is a double-edged sword.

It’s what you think and do that counts
As the research in brain plasticity points out, neurological connections and pathways are and will be created and enhanced, through personally inspired and self-motivated thinking, and self-activated positive behaviours (such as replacing negative thoughts and behaviours with positive thoughts and behaviours), these new neurological connections will lead to the brain rewiring itself.

This rewiring will support these new positive thoughts and behaviours. As a result, all of these new neurological connections will not only begin to flourish, but all of this will help in the formulation of additional rewiring. In effect a positive cognitive, behavioural and neurological loop is being been formed.

You can change your thinking, your behaviour, and your life
What this means is that the positive thinking and positive constructive behaviours will become the dominant behaviour because these new positive behaviours are “no longer [being] hampered by the interference of a learning [or behavioural] dysfunction” (Arrowsmith-Young 2012, p. 184) that was previously presented.