Berwick Primary School in Victoria has claimed the top award in the biggest performing arts festival for schools in Australia and Hoppers Crossing Secondary College took out the Secondary title. 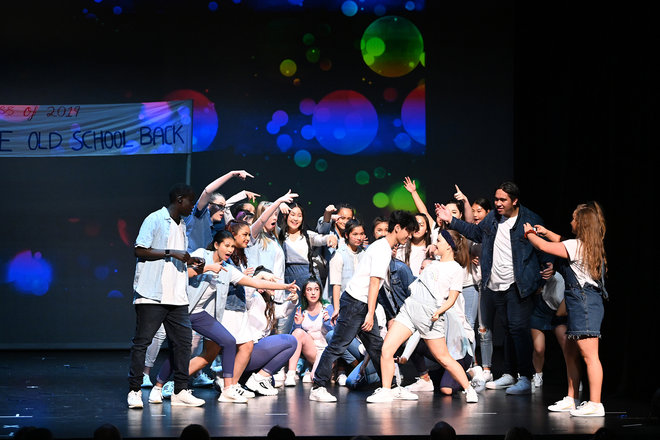 Berwick Primary School in Victoria has claimed the top award in the biggest performing arts festival for schools in Australia and Hoppers Crossing Secondary College took out the Secondary title.

Wakakirri is Australia’s largest performing arts event for primary and secondary schools. This year’s search for the Story of the Year saw 280 schools hit the stage at 50 events at professional theatres around the country.

This year’s Challenge has seen a range of stories from playful to more serious themes. Popular themes explored by students have included reconciliation, the environment and mental health. Wakakirri provides a platform for thousands of students to tell stories that explore their thoughts, ideas and aspirations through dance and drama.

Berwick Primary School took out Story of the Year with their performance ‘Jack and the Giants’, a re-telling of the fairytale classic we follow Jack into a magical kingdom where friendships blossom and family is found.

Berwick PS’s performance ‘blew away’ the Wakakirri National Panel, who called it a “cleverly articulate storyline”, “with great energy and enthusiasm”. The National Panel commended Berwick students on their “teamwork” and “excellent well rounded production”.

In the Secondary Challenge, Victorian school Hoppers Crossing Secondary College took out Story of the Year for their story which looks at the impact of rumours and the digital world on individuals titled “Be Careful What You Wish For”.

Hoppers Crossing’s story explored the alternative, more positive behaviours that young people could display instead. Wakakirri’s National Panel said the performance “had energy and life” and was “so enjoyable to watch”.

This is Hoppers Crossing’s seventh year participating in Wakakirri and the first time the school has won Story of the Year, a huge achievement for the school.