Apparently, the long summer school holiday has its roots in a time when kids were expected to help with the summer planting on the family farm, those days are long gone. 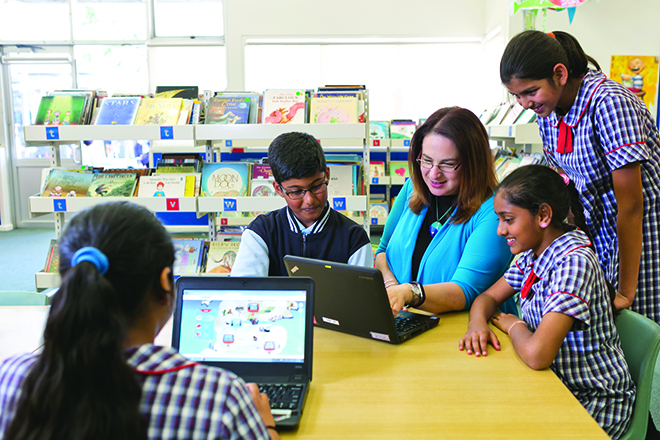 Apparently, the long summer school holiday has its roots in a time when kids were expected to help with the summer planting on the family farm, those days are long gone, now the six-week break is mostly opportunity for a lengthy period of mental fallow.

A lot of research has been conducted in the area, indicating that summer learning loss is real and has marked implications for the student; over the holiday period students can regress by 2.6 months and that’s across all subjects, maths, reading, everything.

The data is consistent through all ages and indeed all countries, everyone experiences some drop back in learning after a long break.

Brent Hughes a teacher trainer from Matific the online game based maths leaning resource says that “When you consider that kids get three months a year school holidays, you have only nine months of a calendar year to teach and to go back almost three of those means that the school holidays are actually quite detrimental.

“Instead of teaching the curriculum that you wanted to teach, you have to do a lot of reteaching. That’s especially true for primary school teachers who teach across all KLAs.”

The problem is more pronounced in children from a low SES background, Barbara Heyns’ 1978 landmark study of 2978 6th and 7th graders in the Atlanta city public schools, Summer Learning and the effects of schooling, was the first thorough investigation into the area. Heyns found that while poor children and black children came close to keeping up with middle-class children in cognitive growth when school was in session, they lagged far behind during the summer.

The difference can be isolated to the fact that the children from more affluent backgrounds had access to mentally stimulating activities while the less well-off didn’t. Studies have shown that participation in organised academic activities goes a long way towards beating the summertime learning loss, that contrasts with US figures indicating that just 9% of students do so.

So how to keep them alert and engaged? There’s the old summer research project or the daily diary but the fact that the students will have a new teacher in the new year so there’s no one to answer to means the chance of the tasks being completed is slim.

It’s fortunate that the internet has delivered an opportunity for learning outside the school setting and there are many online learning programs, Matific is one of the better ones. The success of its recent ANZ competition is a good indication that kids like to use the online resource which is pitched at K–6. There was roughly a million hours of maths-based games completed during the competition which will soon be expanded to the US and UK.

“Because our games are fun it’s an easy sell to the kids, most will be playing video games during the holiday and if they can dedicate a bit of that time to Matific it’ll go a long way towards stopping that big drop back.

“It’s all born from the kids wanting to do it themselves, if they’re saying that ‘this is fun and I’m enjoying it’, then it’s only a positive experience. When the kids arrive on day one of the new year, they’re straight into it,” Hughes says.

The schools that Matific is working with have been given access to the games in preparation for 2018, students will be able to play at their own leisure and that will be a positive for the new term.

Everything the students do over the break will be entered into the reports generated by Matific’s software. The child’s data, user name and password will be passed onto their new teacher which will provide a snapshot of where each is.

“Because the teachers will have a bank of work that the kids have done over the holidays and how they have performed they can access that data on day one rather than after a few weeks of observation,” Hughes says.

Matific’s games are designed for the kids to use them by themselves and find their own way through, if a user is stuck and fails a task repeatedly the game will provide a prompt or a solution. The games incentivise the user through points won and the number of stars gathered.

“There’s really not much for teachers to do other than to provide the students with their user names and passwords, it’s good for the teachers because at this time of year they are very very tired people, the last thing they want to do is a lot of extra work leading into the Christmas holidays,” Hughes says.