It's good to be a graduate with better employment prospects and higher wages than three years ago. 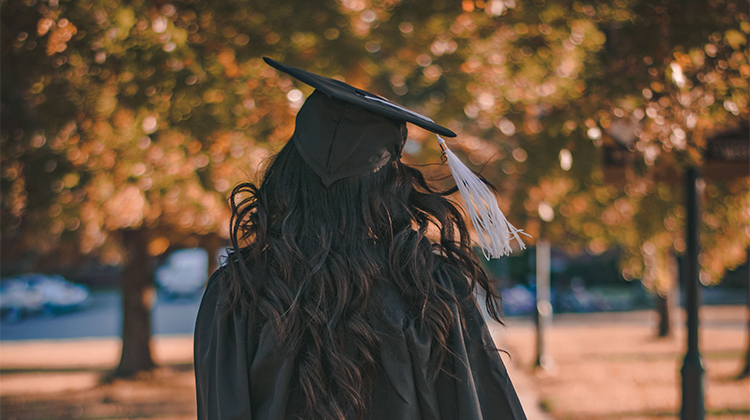 In three years, graduates in full employment after completion of their course has risen to 90 per cent and the salaries they’re receiving have improved by around 15k.

Undergraduates from more ‘generalist’ fields of education have weaker employment outcomes in the short-term compared with those in more ‘vocational’ degrees such as Medicine and Pharmacy.

Full-time employment rates in these ‘vocational’ areas, which also include Engineering, Dentistry, and Rehabilitation, remain amongst the highest three years later. However, the gap in employment outcomes across study areas narrows substantially over the three-year period from 43 percentage points between the highest and lowest to 19 percentage points.

The results were published in the 2020 Graduate Outcomes Survey – Longitudinal (GOS-L) report as part of the Quality Indicators for Learning and Teaching (QILT) suite of surveys.

The GOS-L is an online survey of graduates who completed the 2017 QILT Graduate Outcomes Survey (GOS), to see how their career or further study has progressed in the three years to 2020.

95 per cent of GOS-L responses were received prior to the introduction of government mandated COVID-19 social distancing measures which were introduced on 23 March, 2020 and so there were no significant impacts to the GOS-L results.

The 2020 GOS-L report, dashboard and tables also include full-time employment rates and salaries broken down by institution. “This shows that undergraduates from some universities struggle to secure full-time employment immediately upon graduation, often because of the profile of the study areas that institutions offer and the geographic location of their students”.

“Institutions with a higher proportion of graduates who are older and studied online tend to have more graduates who are already established in the workforce and so start out with higher full-time employment rates. However, younger, on campus students entering the workforce start to close that gap over the three-year period”, said Ms Bolton.

“In terms of the gender salary gap, we see that females who completed the GOS-L earned $2,600 less than males, or 4.3 per cent in the short term. This salary gap increases over time and three years later the salary gap increases to $6,900 or 9.4 percent”, Ms Bolton added. These salary gaps are most evident in an increase over the three-year period for graduates from the study areas of Dentistry, Veterinary sciences, Architecture and built environment and Tourism, hospitality, personal services, sport and recreation.

The GOS-L also reported on the outcomes of postgraduates.

According to the report, 86.2 per cent of postgraduate by coursework graduates are in full-time employment in the short term, increasing to 94.1 per cent three years later. Full-time salaries are also substantially higher for postgraduates than for undergraduates by around $23,300 in the short-term and $23,000 three years later with full-time median salaries of around $98,000.

“Postgraduate coursework study is more often undertaken in conjunction with ongoing employment or in relation to specific career progression compared with undergraduates or postgraduate research students, however the gap in employment rates between these groups narrows considerably over the three years of the survey.”

Male postgraduate by coursework graduates earned more than females by $15,900 or 16.9 per cent in the short term. A gap in full-time salaries remained three years later with males earning $17,200 or 15.8 per cent more than females.

For those completing postgraduate by research qualifications, 81.4 per cent were in full-time employment in the short term, and this increased to 90.1 per cent by 2020 as this cohort established themselves in their careers.

Inage by Stanley Morales from pexels