Three of Australia’s brightest young inventors will be heading to NASA in the USA after being named national winners of Origin’s littleBIGidea competition. 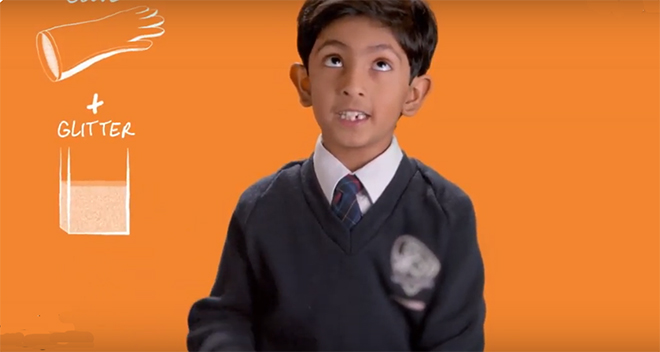 Three of Australia’s brightest young inventors will be heading to NASA in the USA after being named national winners of Origin’s littleBIGidea competition.

Selected from over 1000 entries, the winning ideas have been awarded for their creativity by a panel of experts including biomedical engineer and inventor, Dr Jordan Nguyen; 2018 NSW Young Australian of the Year, Macinley Butson, and Anna Cain from Engineers Without Borders Australia.

Grade 3 – 4: Samuel Meyers (9) Clover Hill State School, QLD
Samuel’s Hero Helmet is designed to stop people riding their bikes, scooters or skateboards without a helmet. The Hero Helmet features an embedded remote which unlocks the wheels when the helmet is being worn by the rider. The idea was inspired by Samuel’s own survey findings on the helmet wearing habits of kids, and his interest in preventing injuries.

Grade 7 – 8: Jorja Suga (12) Clancy Catholic College, NSW
Jorja’s Safety Smart Goggles are designed to protect young swimmers. They feature Bluetooth technology that sends an alert to the supervisor’s phone if the child has been under water too long. The idea was inspired in Jorja’s swimming classes after hearing the concerning statistics on unsupervised drownings.

The three winners are now embarking on an innovation adventure to NASA’s Kennedy Space Center, Epcot Theme Park at Disneyworld and Ripley’s Believe It or Not in the USA.

littleBIGidea judge Macinley Butson said, “It’s been incredible to see so many students from all over Australia submit their inspiring and innovative ideas to help others and make a difference to the planet.

“This year’s winning ideas show thoughtfulness, tenacity and creativity, and I’m looking forward to seeing where these young inventors take their ideas in the future.”

Since launching in 2014, Origin’s littleBIGidea has inspired young Australians to harness their creativity and practical thinking to solve real world issues. The competition has received more than 8,000 entries, with some previous winners going on to further their inventions and commercialise their ideas.