1 in 6 young people in Australia have been homeless

There are persistent high rates of youth homelessness and the problem is made worse as homeless youth are more likely to be bullied and experience mental health problems. 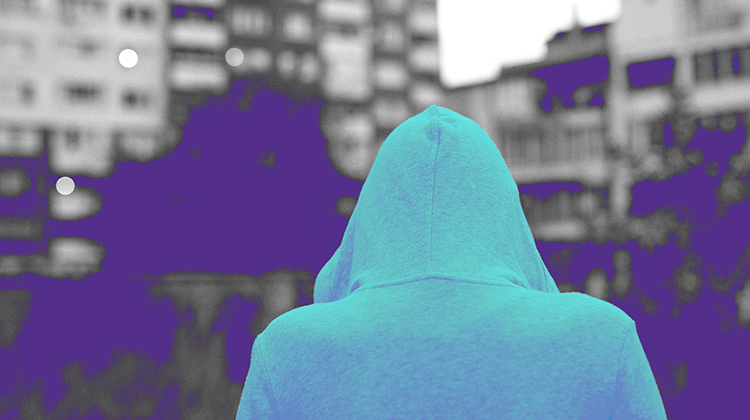 Too many young still homeless and vulnerable

There are persistent high rates of youth homelessness and the problem is made worse as homeless youth are more likely to be bullied and experience mental health problems.

One in six (17.1 per cent) young people aged 15 to 19, including those who had experienced homelessness with or without their families, and had experienced time without a fixed address, lived in a refuge or transitional accommodation and/or had spent time couch surfing.

Of the young people who reported couch surfing (13.0 per cent), almost one in five (18.8 per cent) said that they had first done so when they were under the age of 12. Many had couch surfed more than once, with a small but important minority staying away for longer than six months, putting them on the path to longer term homelessness without an intervention.

Commenting on the findings Mission Australia CEO, James Toomey said: “Through our Youth Survey 2019, young people who have been homeless told us they’re facing a great deal of stress and mental health concerns. They’re experiencing dangerous levels of bullying, lower levels of happiness, and they’re facing seemingly insurmountable barriers as they move into their adult lives.

“Without the stability of a safe place to call home, these young people are facing the torment of bullying, mental health concerns and ongoing family conflict. Particularly for children and young people, homelessness can be an isolating, destabilising and often traumatic experience.”

Toomey said: “Ultimately, early intervention is key to ensuring these young people don’t continue on a path of homelessness. It’s also vital that young people with lived experience are at the centre of design and implementation of services intended to meet their needs and that services cater to the diverse experiences of young people.

“Our experience of COVID-19 has further emphasised that safe, affordable and appropriate housing is essential for a young person's economic, mental, physical and social wellbeing. While moving towards economic recovery, we anticipate that even more young people will be pushed into homelessness if there remains little investment in social and affordable homes.

“We need a national homelessness strategy with clear targets to end homelessness and a special focus on youth homelessness, which is designed with young people who have lived expertise of homelessness and the sector. We call on governments to commit to investing in 500,000 new social and affordable homes by 2030 nationally – including the development of youth-specific social housing options that provide the appropriate levels of support that young people need.

“There is a current opportunity for government investment in social and affordable housing to not only address the rising rates of homelessness including youth homelessness, but also provide economic stimulus and jobs as the Australian economy recovers from the COVID-19 pandemic.”

1 in 6 (17.1 per cent) reported having experienced homelessness at least once (with or without their families)

13.0 per cent reported couch surfing, and of these, almost one in five (18.8 per cent) had first done so when they were under the age of 12

Key differences among young people who had and hadn’t experienced homelessness:

Perceived barriers to the achievement of their study/work goals: 67.8 per cent vs. 44.8 per cent

Currently not in paid employment but seeking work: 40.1 per cent vs. 32.7 per cent

Highly concerned about family conflict: 40.6 per cent vs. 13.2 per cent

Met criteria for psychological distress: 51.7 per cent vs. 21.1 per cent

Felt negative/very negative about the future: 24.0 per cent vs. 9.5 per cent