‘UNITY’ to teach young girls about consent and healthy relationships

Image-based abuse leapt by more than 172 per cent last year. 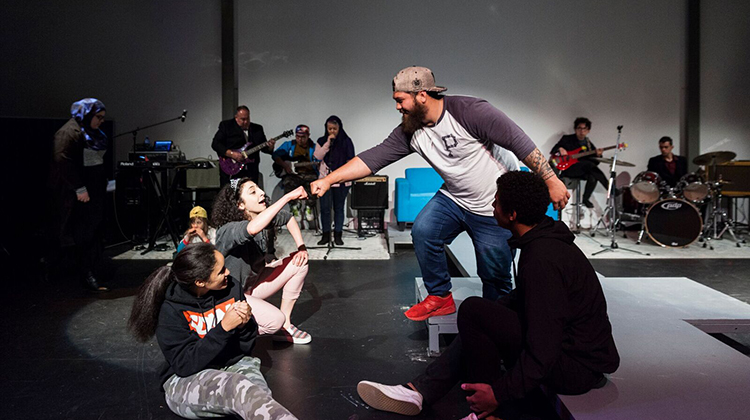 Girls and trans kids empowered to stand up.

Outloud, an intersectional, CALD-focused social impact arts organisation which operates in Western Sydney, has announced UNITY, an early intervention program that will empower girls and gender diverse young people aged 10–12 with the tools to stand up for their equal rights and build healthy relationships for their future selves and communities.

With development funding from The Smith Family, UNITY is a sister project to the RESPECT program, which has been running across public schools in Bankstown for 8 years to educate young boys about domestic violence, gender stereotypes and respect for women. The program has been proven to increase awareness and understanding of domestic violence and healthy relationships in 98 per cent of participants.

UNITY will provide young girls with the knowledge, skills and strength to address key concerns including healthy relationships, consent, body image and bullying.

The program comes in response to recent widespread issues around negative gender, cultural and social stereotypes. The national counselling service Kids Helpline reported a sharp surge in searches for ‘sexting’ and ‘cyberbullying’ by teens aged 13 to 18 during the COVID-19 pandemic and image-based abuse leapt by more than 172 per cent last year.

Finn O’Branagáin, CEO and Artistic Director of Outloud says: “We’re increasingly seeing young girls and gender diverse students face what seems to be an impossible situation – they feel immense peer pressure to take part in activities they don’t feel safe doing, and then are punished for doing them. It is critical to invest in early intervention to give young people the tools to deconstruct social messages and normalise positive behaviour patterns. This allows children to lay down a baseline of boundaries and expectations of how they should be treated, rather than waiting to unlearn thought patterns later on.”

“Through our commitment to build on strengths rather than fears, we are working closely with young girls, teachers, social workers and community leaders to ensure the project is collaborative and evidence-based to adequately address the complex needs of young people.”

UNITY will run over two terms across different public schools in Bankstown and will provide girls with the autonomy to take what they’ve learnt in these workshops to write a song under the guidance of professional musicians. The song is produced, a complementary music video is filmed and the musical piece is presented at school assemblies to classmates, teachers and parents, and shared to the public online.

Register to join here and find out more about the UNITY program here.

Check out a song by a pilot group on the same theme to look at what the finished project might look like here.