15-year-old Patti Fawcett from Bendigo South East College has been announced as the winner of the 24th annual Class Clowns National Grand Final held in The Forum at the Melbourne International Comedy Festival. 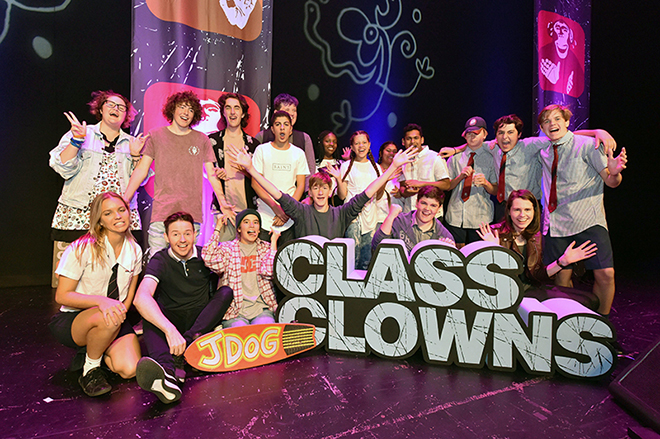 15-year-old Patti Fawcett from Bendigo South East College has been announced as the winner of the 24th annual Class Clowns National Grand Final held in The Forum at the Melbourne International Comedy Festival. Patti’s performance won over the judges, demonstrating confidence, comic timing and offering an original perspective on the world.

Patti Fawcett walks away with a prize of $1500, a $1000 workshop package for her school, plus the Class Clowns trophy.

Having conquered heats and state finals across Australia, 16 teen comedians from around the nation performed in front of a live audience and a panel of industry experts to perform stand-up, sketch and parody for their chance to be crowned the funniest teen (or teens) in the country.

Class Clowns Producer, Wes Snelling said: “The comedic talent around the country that got amongst all of the Class Clowns heats and finals this year is mind blowing and so exciting for the comedy world right now. It is overwhelming how diverse, smart and funny all of our participants were and are.”

Class Clowns judge and comedian Nazeem Hussain said: “Patti’s jokes all hit, she has a natural stage presence, and the sort of born funny you rarely come across. It was so exciting to see how brave, refreshing and tearfully funny the next wave of Aussie comedy is. The talent was so immense across all acts.”

Class Clowns is more than just a competition; it’s a gateway into comedy for hundreds of young people. Participants from years 9-12 are given access to profession comedians as mentors, taking part in workshops and performing in front of live audience at a local, state and national level.