Be Your Greatest Virtual Classroom program brings students together with professional athletes and a celebrity chef to learn about active lifestyles. 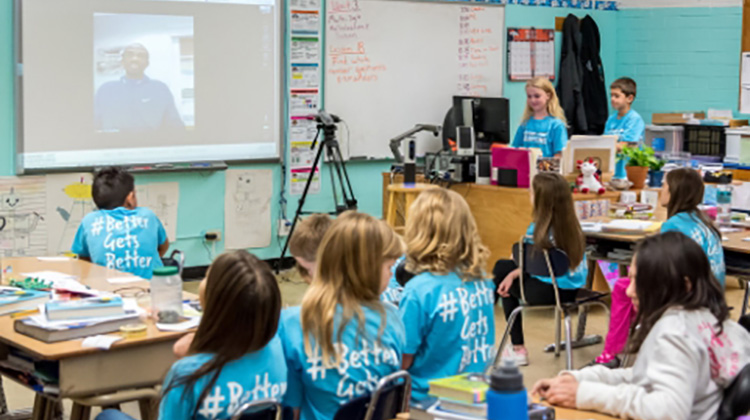 Students can meet Olympians and Paralympians

The Be Your Greatest Virtual Classroom Program, featuring Paralympians and Olympians will connect students with athletes to learn about their journey and the importance of active lifestyles and healthy meals ahead of the Tokyo Games in July.

The new modules will take place in two timeslots on both May 19th and 20th 2021, and again on the 16th and 17th of June, with a focus on the important role nutrition plays in fuelling champion bodies. Paralympians Eliza Ault-Connell and Scott Reardon will be joined by Rugby Sevens’ Vice-Captain Lewis Holland as Australian Beef’s Athlete Ambassadors.

Scott Reardon is a Paralympic Gold Medallist in the 100m T42 classification, three time world champion, and one of the greatest Para-athletes in the world.

Eliza Ault-Connell will share her story of resilience. The ultimate comeback story of the Australian Paralympic Team, Ault-Connell returns to the world stage after 10 years away from the sport. She is a mother, Paralympic wheelchair racer, and three time world championship medallist, Tokyo is next.

Australian Vice-Captain, Lewis Holland is a mainstay of the Australian Sevens program and is one of the leaders on and off the field. Holland helped secure the team’s spot in the Tokyo 2021 Olympic Games.

“We’re really excited to bring these national sporting heroes into schools to connect with young Australians. Sharing their stories is a great way to inspire a passion for keeping active, eating well and finding their greatness within,” says Fiona Thompson, Australian Beef Community and Industry Engagement Manager.

MasterChef Alumni Matt Sinclair will join the Be Your Greatest Virtual Classrooms, along with the Athlete Ambassadors, for a virtual cooking class to show students the delicious versatility of cooking with beef as part of a balanced lifestyle.

Australian Beef is an official Team Partner of Australia’s Paralympic and Olympic Teams has sponsored the program.

To learn more about the virtual classrooms and how schools can register, visit keteacher.com/event/ausbeef