Haileybury has reached an agreement to acquire Kormilda College in Darwin. Kormilda almost closed last year until the Federal Government agreed to fund the school for 2017.

Kormilda College was saved from imminent closure last year after the Federal Government agreed to fund the school for 2017. 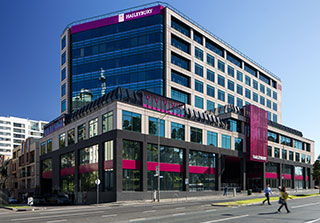 “The Northern Territory Government and Commonwealth Government have been working with Kormilda College to secure the school's long term future," said Education Minister Eva Lawler in a statement released today.

The agreement is subject to a due diligence period that will end on 31 August 2017.

The school will continue to operate as Kormilda College for the remainder of the school year under the management of Haileybury.

It is anticipated that the college will commence official operations as Haileybury Rendall School at the start of 2018, with Haileybury Senior Vice Principal Craig Glass to take up the position of principal.

Haileybury Rendall School will continue to have a strong focus on specialised Aboriginal education and international student programs.

“Aboriginal boarding has operated on the site for almost 30 years. This will remain a key feature under the new operations with the Haileybury Kormilda Boarding for Aboriginal students,’’ Lawler said.