Kids and literacy, get them started young

So how do you improve literacy in kids? Have them attend schools where a greater number of kids are literate when they start school. So says the 2016 Progress in International Reading Literacy Study (PIRLS). 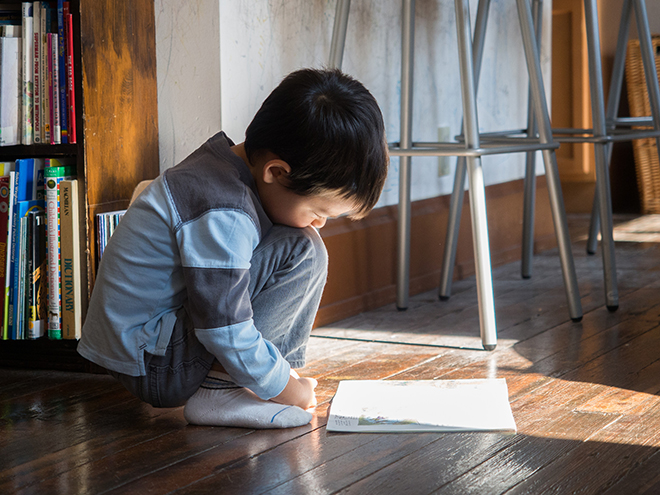 So how do you improve literacy in kids? Have them attend schools where a greater number of kids are literate when they start school.

According to the 2016 Progress in International Reading Literacy Study (PIRLS) students who attended schools where less than 25% of their peers have literacy skills when they start school achieved significantly lower, on average, than students who attend schools where greater proportions of their peers begin formal schooling equipped with literacy skills.

"Schooling and learning is not a race, but if it were, for those students who have no or low literacy skills when they start school, it would be like starting 50 metres behind those with literacy skills and trying to make up that gap. In literacy learning, we know from other studies that the gap doesn't close. Students who are behind at the start will remain behind, unless we do something.

"In order to close that gap we need to provide schools with the resources to facilitate the language development and growth of students who start school with few literacy skills. This is critical in ensuring that they develop their skills and, essentially, catch up," ACER Deputy CEO Dr Sue Thomson said. ACER Publishes the Australian results of the report.

Generally, the results from the study show that the literacy achievement of Australian Year 4 students has improved on average, but not for students with the lowest literacy skills.

Australia's literacy levels for Year 4s ranked top of the middle. Average scores were lower than those for 13 other countries, including Singapore, Hong Kong, Ireland, Northern Ireland and England (which all tested in English), as well as other top-performing countries the Russian Federation, Finland and Poland.

Australia's average score was significantly higher than the scores of 24 other countries, including France and French-speaking Belgium, as well as New Zealand, Trinidad and Tobago, and Malta, which tested in English.

PIRLS has measured trends in Year 4 students’ reading literacy achievement every five years since 2001. 2016 is the second time Australia has participated in PIRLS, following participation in 2011.

“PIRLS 2016 shows that 81% of Australian Year 4 students are achieving at or above the Intermediate benchmark – the proficient standard for Australia – compared to 76% in 2011, with more students achieving at the High or Advanced benchmark,” Dr Thomson said.

Western Australia, Queensland and Victoria showed a significant improvement in average reading literacy achievement between PIRLS 2011 and 2016, while the remaining states and territories recorded no significant change.

Significantly the same cohorts of students seem to lag behind; 16% of boys compared to 11% of girls were 'poor readers', that is, they did not reach the international Low benchmark and 18% of students with an Aboriginal or Torres Strait Islander background were poor readers compared to 4% of non-Indigenous students.

PIRLS 2016 measured the reading literacy of more than 580 000 Year 4 students from 50 participating countries and 11 benchmarking entities, including a nationally representative sample of 6341 Australian students from 286 primary schools.